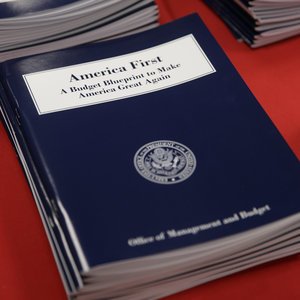 A school choice advocacy group today described the Trump administration’s proposed budget for the U.S. Department of Education as a “more concerted effort to channel dollars more directly to the needs of children and families instead of to programs and to districts.”

CER Founder and CEO Jeanne Allen noted that not only does the budget add $1 billion in Title I funds, but requires the money to follow students to the public schools they choose to attend rather than to the districts they left. “This puts federal policy precisely where it should be – following state efforts,” she said.

Programs that CER has long worked to create and expand, such as Charter schools, private scholarship programs, and other innovative programs, are rarely recognized or supported by federal funding streams.

“The budget is a significant step forward,” Allen said. “The administration is listening and committed to reform.”

In early January, CER released The First 100 Days: An Agenda for Federal Action on Education which urged the Trump Administration to launch initiatives to serve as the basis for programs that provide students with access to truly exceptional education at all levels.

“We’re delighted to see some of The First 100 Days reflected in the newly-released budget proposal, but mostly we’re encouraged and excited by the new thinking it represents for Washington,” Allen concluded.

Support Conservative Daily News with a small donation via Paypal or credit card that will go towards supporting the news and commentary you've come to appreciate.
Tags
2018 Budget Center for Education Reform Education school choice The Department Of Education