The political left, and other disingenuous fellow Americans, have revolted and taken to the streets this week over the “Muslim Ban.” The problem with their reaction is that the premises of their outrage are based in a fictional representation of President Trump’s Executive Order (EO), exacerbated or magnified by an emotional response to what is a logical and prudent order. 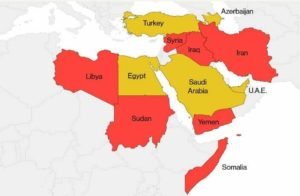 Last week the President called for a temporary hold on Syrian refugee admission to the U.S. while the current vetting procedures are reviewed and revamped to ensure we’re not just importing more jihadists. He also placed a temporary 90-day hold on travel and refugee admission from seven countries that are considered terrorist “hot spots.”

The order was issued before many details were taken into consideration, such as those who were already en route from the countries in question, and those who have dual citizenship or green card (either a permanent resident, or in the process of immigrating for permanent residency) status. This was regrettable, and ensuing disorder only added fuel to the anti-Trump forces who appear ready to protest everything the new administration does at the drop of a hat.

The fallacious premises of the “Muslim Ban” are two-fold. First, that it’s “Muslim,” and second, that it’s a “ban.” By mislabeling and misidentifying the order, Trump opponents can prey upon the emotions of their ill-informed and misinformed masses, creating a crisis situation to protest and express their outrage. But that’s standard modus operandi of the left, to distort, misrepresent, and misname actions that they take umbrage at to foment discord.

First with regard to it being “Muslim.” There is nothing in the EO that targets “Muslims.” Rather, it identifies seven countries that are hot-beds of jihadist terrorism and recruitment: Iraq, Syria, Iran, Libya, Somalia, Sudan, and Yemen. That leaves 45 Muslim majority countries unaffected. If the EO was targeting “Muslims,” either it would specify those of that religion, or it would include the countries predominated by that religion. It does neither. 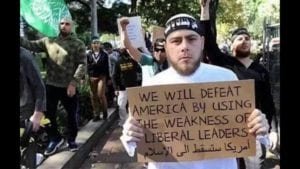 Those seven nations were not even identified in the EO, but merely identified from President Barack Obama’s list of “countries of concern.” Those seven nations are veritable incubators for Islamic extremism, fomenting, recruiting, and perpetrating terrorist activity. The question should be, if the Obama administration identified them as problems, why didn’t they do more to control or screen those people coming to the U.S.? For whatever reason, Obama et al refused to do what the new administration has the courage to do: take precautionary steps to ensure we’re not simply importing would-be jihadists.

And coincidently, back in 2011, President Obama put a six-month travel and refugee ban on people coming from Iraq. I don’t recall leftists protesting then. So what’s different this time? Is it different because it includes six more nations from Obama’s list, or that it simply becomes another fraudulent rallying point for the ill-informed and misinformed masses? Obama identified the most problematic areas. Trump simply took the next logical step to protect the nation.

This action is fully within the President’s authority. Section 212(f) of the Immigration and Nationality Act of 1952 states, “Whenever the president finds that the entry of aliens or of any class of aliens into the United States would be detrimental to the interests of the United States, the president may, by proclamation, and for such period as he shall deem necessary, suspend the entry of all aliens or any class of aliens as immigrants or non-immigrant’s or impose on the entry of aliens any restrictions he may deem to be appropriate.” 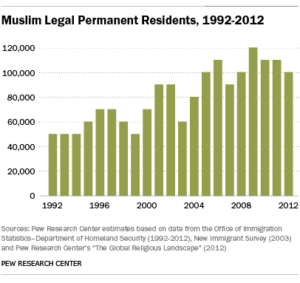 This statute clearly provides the legal authority for the President to issue the order. And it validates Trump firing acting Attorney General Sally Yates for “refusing to enforce a legal order designed to protect the citizens of the United States.” The White House said in its announcement of the firing that Yates “has betrayed the Department of Justice.” But the refusal to enforce a legal order should come as no surprise from an Obama administration holdover. Obama’s DOJ picked and chose which laws to enforce and which not to, like a cafeteria food line. They almost whimsically chose which laws to enforce, based not on legal statute, but whether it comported with their ideological convictions,

Now, with regard to the EO constituting a “ban.” It is not a ban. An outright ban would prohibit travel and immigration altogether. Instead, it’s a temporary suspension of the status quo for 90 days. And exceptions are now in place for those with dual citizenship or green card status. A ban would not allow for exceptions.

And actually, President Obama has done this many times before, not just in 2011 with Iraqis. He also disallowed “immigrants or nonimmigrants” from U.S. entry based on a much larger United Nations travel ban. And later based on an economic sanctions list. Most countries included in both of those lists were primarily Muslim. He imposed restrictions again in 2014 including Iran, Syria, and Crimea. Why didn’t Hollywood celebrities, the mainstream media, and the radical left object when Obama instituted his “bans?” 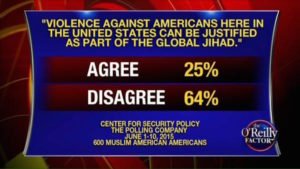 According to Pew Research estimates last year, there are about 3.3 million Muslims in the U.S. They project that figure to double in the next 25 years, with more than half of the growth coming from immigration. Muslim share of immigrants granted permanent residency status (green cards) increased from about 5% in 1992 to roughly 10% in 2012, representing about 100,000 immigrants in that year. 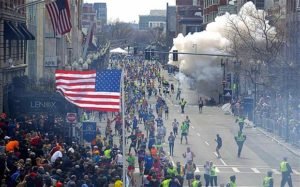 Since the attacks of 9/11/01, there have been 12 domestic attacks in the U.S. by jihadists, (Muslim immigrants or self-radicalized) killing 104 people, and injuring 381. As a percentage of the population, the figure is small, but those who would either perpetrate such an attack, or condone such an act, should not be allowed to grow. To almost all Americans, terrorist acts are never justified, regardless of the number affected.

The primary function of government, including the president, is protection of the nation from enemies, foreign and domestic. President Obama created the list of countries serving as terrorist incubators, and President Trump took the next logical and sensible step to temporarily suspend travel and immigration from those countries while more extensive vetting procedures are implemented. The order is legal, logical, and justifiable when viewed objectively. And it certainly cannot be called a “Muslim Ban,” without abandoning all integrity.

Support Conservative Daily News with a small donation via Paypal or credit card that will go towards supporting the news and commentary you've come to appreciate.
Tags
executive orders Muslim Ban Muslim terrorists US Immigration policy