Every year we celebrate on the 20th of January because it’s my daughters’ birthday, but this year January 20th will be extra special. On top of my daughters birthday we will be celebrating getting rid of one of the worst presidents ever and ushering in who might be one of our greatest presidents ever.

We leave behind a president who accomplished very little in his presidency, Obama is racking up more debt than the previous 43 presidents combined, economic growth has been by far the weakest of any post-recession period since World War II.  Obama has become the first president since Herbert Hoover not to serve during a year in which the growth in real GDP was at least 3 percent.

Obama has made the world less safe, not only abroad, but domestically as well. He was a president who didn’t believe in the law; he picked and chose what laws he wanted to defend. He released dangerous terrorists from GITMO not caring that they would return to the fight to kill Americans. Obama has now commuted the sentences of over 1,385 individuals who were mostly violent drug dealers, the most grants of commutation issued by any President in this nation’s history and he still has a few days left, who knows how many more he will let go?

Now we see the biggest slap in the face to all Americans, Obama releases Bradley Manning. Private Bradley Manning was court-martialed in 2013 and found guilty of leaking 700,000 documents, the largest dump of military secrets in our history and the first case involving large-scale publishing of classified information via WikiLeaks, he received a sentence of 35 years.

The only reason for his release, Manning is a confused trans-whatever, doesn’t know if he is male or female. That is part of his transforming of America that he promised, he thinks that is the best thing for America, which is partly why this country is falling apart. Lets us not forget his obsession of wanting to allow men into women rooms and showers. 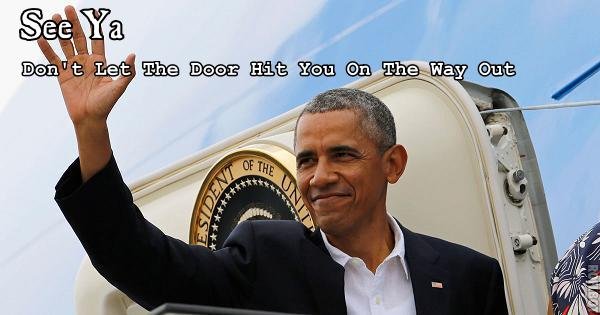 Enter Donald J. Trump who promises to make America great again. So far Mr. Trump has done more in the few months after his election then Obama has done in eight years as president. He is already bringing companies and jobs back to America. Once in office he needs to build that wall, open up drilling to make us energy independent, get rid of Obama-Care and bring back respectability to America that Obama has lost during his eight years. That will be only for starters, me and the over 63 million Americans that voted for him have high hopes, I hope he don’t let us down. GOOD LUCK MR. TRUMP