FBI Director James Comey penned a public letter to Congress today informing the legislature that nothing on Anthony Weiner’s computer has changed his view that no prosecutor would be willing to indict Hillary Clinton on her handling of government secrets. Voters who believe that Hillary is corrupt will have to show up on Tuesday to prove it.

Comey’s letter doesn’t release Clinton from culpability from the several criminal probes the FBI currently has into her, her foundation and her reckless handling of classified information. It simply re-affirms that Comey is unable to find a prosecutor who will take the evidence to a grand jury to get an indictment.

Talking heads have been far-flung on Comey’s letter. Most have used it as proof that Hillary never did anything wrong. Some have narrowed their bias to say that the letter just proves the email scandal is over, but others are still ongoing. Very few looked that the letter for what it was – a restatement that what Hillary Clinton did was wrong, but that Comey cannot find a prosecutor able to go after her.

Social media has been on fire all afternoon with people saying that the letter means Hillary has been exonerated, Comey is corrupt or that the whole system is rigged. The real truth is that Americans have just been reminded that if they want something done, they will have to do it themselves.

If Americans feel that Hillary should be punished for the documented corruption, theft and lies she’s been part of, then they will have to take everyone they can find and bring them to a polling place on Tuesday.

If voters don’t want a third term of Barack Obama, the FBI isn’t going to do it for them – they will have to go to the polls and change history on their own. 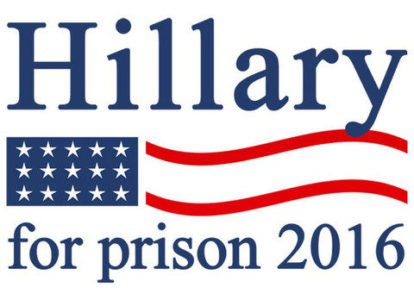