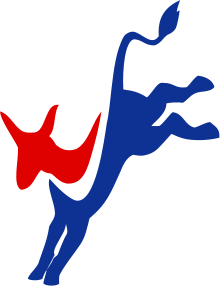 In my previous (and breakout) article, with the election just around the corner, I felt the need to lay out a sort of “road map” of Hillary Clinton’s life, starting from her birth and ending with the several crimes she has committed in the 2010’s.

But the election has come and gone, and the American people have played their trump card–literally. With this victory, the Republican Party has finally gained control of the three most vital sections of the government: the House, the Senate, and, most recentl,y the Presidency.

However, just because we’ve cut off the last head of Hydra, that doesn’t mean the country is spontaneously saved. No, it is actually the opposite; although the Democrat Party has been in a crazed panic ever since November 9th, this also means they will be (and already have been) nonsensically flipping through every trick in their book, trying to find some way to make a semi-substantial impact on the public mindset. Make no mistake; they are still a great threat to the American way of life. For this reason, I feel the focus should widen to a much larger scale. Instead of analyzing a single person in the Party of the Donkey, the Donkey itself should be the one under scrutiny. Thus, this article serves to take away any final shreds of merit the Democrat Party might possess by uncovering the secrets they have buried for the past 188 years.

So, without further ado, let’s begin.

1828: The modern version of the Democrat Party is formed from the fragments of the Democratic-Republican party, with the former being politically led by the 7th President of the United States, Andrew Jackson.

Early 1830’s: Andrew Jackson bypasses a Supreme Court veto, which would have blocked anti-trade policies with the American Indians. Jackson’s unconstitutional actions eventually lead up to the infamous Trail of Tears, of which he orchestrated. Other atrocious acts include sexually assaulting his slaves, as well as sending out soldiers to patrol and march on the streets of Boston.

1848: With the Americans winning the Mexican-American War, the Democrats–under the 11th President, James K. Polk–take control of the entire country of Mexico. Shortly after, however, the Whigs (the only major opposition to the Democrats at the time) pressure Polk into giving back a portion of the land that comprises modern-day Mexico.

1860’s: A group that has come to be known as the Ku Klux Klan is formed by Democrats following the Civil War. They will continuously terrorize blacks in the South for roughly another century after their inception.

1896: The infamous Plessy v. Ferguson case of 1896 resulted in the creation of Jim Crow laws, all of which were created to allow whites to discriminate against blacks in the South. It is worth noting that Grover Cleveland was POTUS at this time, with him being only one of two Democrats in the Republican-dominant era of the 1890s-1920s.

1915: Planned Parenthood is founded by fervent Democrat Margaret Sanger, who was also a close supporter of the KKK. In her view, abortion was to be used to eradicate races of lesser importance, or of weaker stature. Because of her ties with the KKK, she decided to use her growing abortion company against the blacks in the South, while also disguising the clinics as a reliable option for people to go and murder their unborn fetuses.

1917: Madam C. J. Walker, the first black female self-made millionaire in American history, approaches the 28th President of the United States, Woodrow Wilson, about the abhorrent treatment of blacks in the South. Wilson is quick to ignore her pleas, in fact segregating a plethora of government and military organizations, such as the Departments of Treasury, the Interior, State, War, and the United States Navy.

1930’s: The 32nd President of the United States, Franklin Roosevelt, introduced what is famously known as the New Deal. Despite being marketed as the solution to the Great Depression, by 1939 the horrid economical conditions of the country changed little. On top of this, the government had massive control over most aspects of the citizen’s lives, with their grip on industries such as electricity, transportation, and water.

1940-1945: Believe it or not, it is because of Hitler’s attempt to conquer the world that America was saved from economic failure. Because of Hitler’s efforts, Japan launched into action, attacking the military base on Hawaii known as Pearl Harbor. Because of this attack, FDR and the Democratically-controlled Congress had no choice but to enter the war after previously being neutral, despite it being within America’s best interests to stop Nazi Germany, fascist Italy, and imperialistic Japan from the very beginning. Also, because of the attack on Pearl Harbor, FDR violates the basic human rights of Japanese and Japanese-descendant Americans, placing them in concentration camps on the West Coast of America.

Late 1940’s: The purported “Great Shift” is said to occur around this time. However, upon closer examination, one can discover that this Great Shift is a blatant lie. Of the hundreds of Democrat legislators and Governors in the country, a mere 6 switched from the Democrat party to the Republican party.

1960: Future president John F. Kennedy opposed the Civil Rights Act of 1960, which was designed to guarantee the right to vote for all legal Americans (minus those serving prison sentences), which specifically targeted Southern blacks.

1964-1965: The 36th President of the United States, Lyndon B. Johnson, creates a bundle of programs and legislation known as the Great Society. Similar to FDR’s New Deal, which LBJ says was the inspiration for his Great Society, it does little to actually help the economic and cultural/social situations in the country. Instead, it increased the efficiency of socialist programs such as Social Security, Medicare, Medicaid, and several other welfare programs.

Late 1970’s: The 39th President of the United States, Jimmy Carter, partially instigates the inception of a new economic term–stagflation, a portmanteau of “stagnant” and “inflation”–because of his handling of the oil crisis of the 1970’s. The resulting stagflation brings about rising unemployment alongside inflation.

1998-1999: The 42th President of the United States, Bill Clinton, is impeached and nearly thrown out of office for his sexual relationships with a White House intern, then-22-year-old Monica Lewinsky. Both Bill and his wife, Hillary, silence other victims of Bill’s sexual assaults, which include Juanita Broaddrick, Kathleen Willey, Paula Jones, and Gennifer Flowers, among others, which allowed the Presidential couple to only have to pay a $90,000 fine.

2008: In response to the Great Recession, the 44th President of the United States, Barack Obama, sends out a $790 billion dollar stimulus package in a vain attempt to revitalize the economy. The Keynesian act proves to be ineffective due to households withholding the money that were given to them by the government, which results in the Recession continuing all the way to present day (November 2016), even with liberal economists saying it ended in 2009.

2010-2012: Unable to get Congress to approve, President Obama creates an unconstitutional Executive Order which grants illegal aliens a host of welfare programs, a house, a car, and many other benefits.

2012: On September 11, terrorists attack the American embassy in Benghazi, Libya, killing four Americans. Hillary Clinton places the blame on an unrelated YouTube video, despite the true reason being because of her reducing security levels in the embassy.

2015: Hillary Clinton undergoes another scandal; this time, it is revealed she has sent tens of thousands of classified emails on an unsecured server. FBI Director James Comey recommends to not pursue charges, despite the overwhelming pool of evidence that says otherwise.

Present Day: In a blatantly desperate attempt to undermine the Constitution, Senator Barbara Boxer (D-CA) introduces an unconstitutional bill that would “eliminate” the electoral college, despite the Constitution requiring a three-fourths majority to amend any portion of the historical document. Meanwhile, George Soros-funded rioters attack and beat Trump supporters, commit arson, loot shops and business, and commit other atrocious acts.

In bits and pieces, this information would seem relatively harmless. However, putting all of this onto a single page definitely gives the truth even more merit than it already has.

What is this truth, exactly? Why, it is the fact that the Democrats have been plotting their centralized rule ever since Thomas Jefferson and John Adams left this world in 1828.

The people have a right to know the scope of the threat posed by the Democrat Party. While the remaining brainwashed citizens won’t realize the truth for years to come, with enough effort, those of us who have seen what the Democrats can do can shake our brethren awake. We just have to push back, harder than ever.

The challenge will be something which we’ve never seen before, and while we’ve lost multiple battles against the Democrats in the past, I assure you, we will not lose the war.

Not as long as the American Dream still rests in the palm of the citizen.

Support Conservative Daily News with a small donation via Paypal or credit card that will go towards supporting the news and commentary you've come to appreciate.
Tags
History Party Politics