On Monday, November 14th, a magnitude 7.8 earthquake occurred that originated about 9 miles northeast of Culverden on the southern island of New Zealand. The quake started at a depth of about 9.3 miles. There have been several severe aftershocks in the Seddon and Kaikoura areas. Quakes have been felt in Wellington which are early indications that the quakes originated from the Hope Fault. 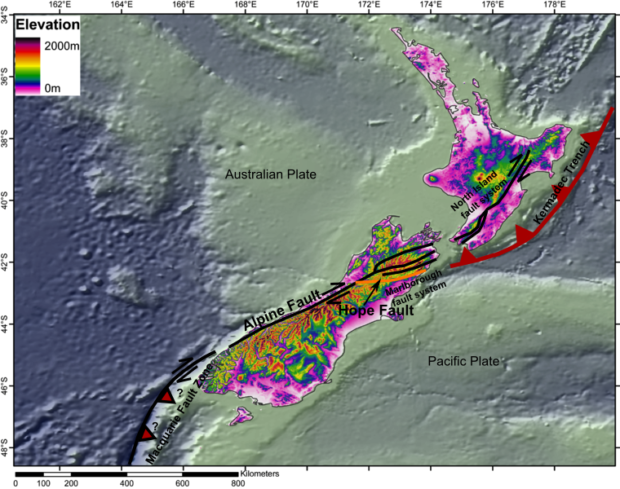 The Ministry of Civil Defence & Emergency Management (MCDEM) has issued a tsunami warning and land threat from East Cape to Southland, including Wellington (which also includes the Cook Straight area), Marlborough Sounds/Tasman Bay and the Chatham Islands, and a marine and beach threat for all other New Zealand coastal areas.

Tsunami waves hit the northeastern shore, but damage assessments are just beginning as warnings are lifted.

Tsunami threat has been downgraded. People in green and white areas on the map can return home. Land threat remains for blue areas. #eqnz pic.twitter.com/xUcnJPQBe9

A full list of evacuation centres throughout the country following the severe earthquake this morning https://t.co/QYGsNyBSQx

Roads and bridges have been heavily damaged north of Cheviot and State Highway 1 between Picton and Waipara, north of Christchurch has now been closed.

Those are some big stretches of fairly critical roads shut down #eqnz pic.twitter.com/yHN1F7sHnK

Support Conservative Daily News with a small donation via Paypal or credit card that will go towards supporting the news and commentary you've come to appreciate.
Tags
Earthquake New Zealand