Conservatives have to start thinking pragmatically and tactically rather than ideally, when it comes to politics. As long as we continue to throw the most viable conservative candidate under the bus because they don’t measure up to our personal standards of conduct, we will continue to lose crucial elections that may otherwise curb the rate of descent into the statist abyss. 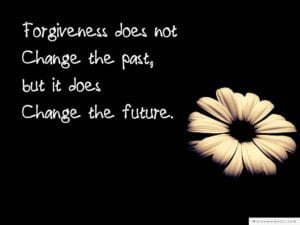 It’s a regrettable characteristic of many on the right in their sanctimonious way, to throw their imperfect politicians under the bus with not a thought of forgiveness or of the consequences. Meanwhile, liberals take the pragmatic approach of rallying around their embattled candidates. Liberals are the pragmatists, and seem ostensibly more “Christian” in the process.

Politics is not a religion. Rather, it’s “the activities associated with the governance of a country or other area, especially the debate or conflict among individuals or parties having or hoping to achieve power.” If one truly has a “conscience,” the salvation of their country should weigh much more heavily on them, than whether they “feel good” about a particular candidate, especially when most of the complaints against him are not regarding his policy. After all, it’s policy that governs the country. There are no acts of congress, executive orders, or regulatory oversight, that is based on what someone purportedly said or did years ago. Governance is by policy, and the candidate who wins the election sets policy.

Character is so crucial for our political leaders, yet the two candidates with a chance to win in this election cycle, both suffer from a dearth of it. With that out of the differential equation, it all boils down to policy and governance. We know what we will get with Hillary Clinton – four or eight more years of the moribund economic policy, the strangling effects of ever-expanding regulatory control of every aspect of our lives, and foreign policy purchased by “donations” to the Clinton Foundation, and lies ad infinitum.

We may not know for sure what we get with a Trump administration, but at least we know it will swing the pendulum, perhaps even slightly, to the right. This is crucial, for political shifts, and changes at the governmental level, are always incremental. 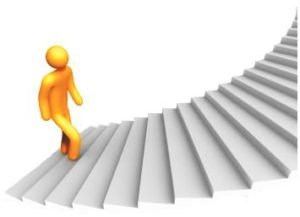 Politics, and governance in general, is incremental. The ebb and flow of the political environment and the mechanics of governance move incrementally, either toward liberty and constitutional principles, or toward centralized planning, governmental hegemony and dependency. Every piece of legislation, policy statement, regulation, executive order, election, and every judicial decision moves the nation, a state, or a community slightly one direction or the other. It rarely moves all the way to one extreme or the other.

Too many conservatives suffer from ideality paralysis. They are waiting for the “perfect” candidate (which will never be found, since everyone’s notion is different); hoping against hope for a miraculous “victory” in the House (if their candidate can win but one state); incessantly rejecting the one person in a position to abate the nation’s perpetual descent into the statist abyss; or hoping against hope for a miraculous future victory based on a variety of “ifs.” This schismatic parsing of candidates, and perpetual self-inflicted shooting of the conservative movement in the foot, operationally and tactically, provides little hope for any future victory at the national level. That is, unless we can start thinking incrementally, and tactically, rather than ideally. 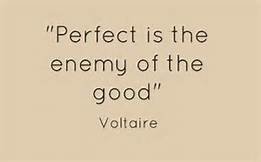 Voltaire said, “The perfect is the enemy of the good.” And in politics, he couldn’t be more correct. Rather than waiting for the perfect candidate, we choose the most conservative viable (candidate who can win) that is on the ballot. This is tactical and pragmatic incrementalism, as we consider, from the candidates who can win, which inches us closer to liberty or away from it.

Long-term perspective significantly shapes incremental adaptation. Liberals seem to have a more long-term view of the process, and realize that each political victory is a rung on the progressive ladder. Too many conservatives suffer from severe myopia, mistakenly believing that if they can’t jump to the top of a ladder in one jump, they’ve failed, or that other conservatives have failed them if they can’t, or don’t, make the jump to the top minus the intervening steps.

This tendency places some conservatives in the unenviable position of never being satisfied with anything. Since they can’t have things just precisely the way they want them to be, they will forever be unsatisfied, and politically unfulfilled. Liberals, generally, seem to relish each minor victory and recognize any politically incremental movement for what it is – one step in the process. And rather than bemoaning the failure to leap to the top of the ladder, relish the small victory, and gear up for the next battle for the next incremental triumph.

The two viable candidates in this presidential election cycle will move the country incrementally one direction or another. One, hopefully slightly back from the liberal abyss, while the other plunging headlong into it. And winning is everything in politics. Symbolic votes and votes of “conscience” don’t make SCOTUS appointments, implement policy, or direct where a country is heading overall. Winners do. 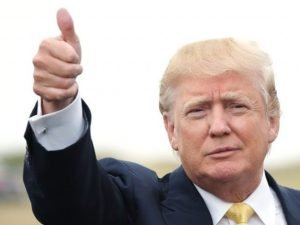 Too many conservatives claim they have to “vote their conscience.” If they cared more about their country than their “feeling good” about their vote, their conscience would demand they vote for the most conservative viable candidate, in spite of their flaws. We should be collectively looking at the possible incremental movement away from the liberal abyss by voting for a less than perfect candidate, rather than willfully allowing the country lurch, not just inch, ever closer to the point of no return – where the republic will be unsalvageable from the permanent damage of leftist policies. A true patriot would put his republic ahead of his “feel good” vote of conscience.

While conservatives are more likely to know their Constitution by rote, too many of us are political illiterates. Politics is about policy, which takes us even slightly closer to our founding principles, or further away. And the only way to effect change back to constitutional governance is by winning elections, with the most conservative electable candidate in a race. Tactical pragmatism rather than ideality should determine our voting. Symbolic third-party votes and third-party votes of “conscience” only enable the victory of the enemies of liberty. And in politics, winning is everything.