Samsung has now pulled all Galaxy Note 7’s from shelves and halted production of their newest smartphone.

Samsung’s troubles with the Galaxy Note 7 began several weeks ago as the phones began spontaneously combusting and/or exploding in hotels, restaurants and even on airplanes. The electronics manufacturer then issued a recall and replacement program featuring new batteries that were supposed to solve the overheating issue. 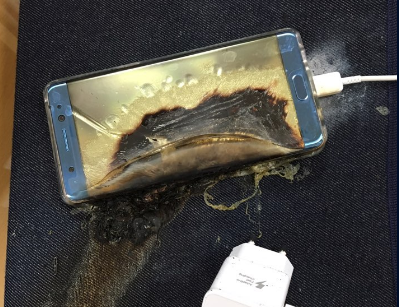 In just the past week, several more incidents of the replaced phones catching fire have occurred causing Samsung to remove the Note 7 from the market entirely.

“Taking our customer’s safety as our highest priority, we have decided to halt sales and production of the Galaxy Note 7,” said Samsung in a statement.

The flaw is likely due to a rush-to-production so that Samsung could beat the iPhone 7 to market, a move that proved to be costly.

The recall is estimated to cost the company upwards of $17 Billion dollars and will put a dent in the electronics maker’s otherwise great reputation.

Support Conservative Daily News with a small donation via Paypal or credit card that will go towards supporting the news and commentary you've come to appreciate.
Tags
Samsung