During the Republican Convention this week what was not said drew more ire from some than what was said. Ted Cruz in his magnificent speech on freedom and our founding principles failed to say the “E” word (endorse) much to the chagrin of ardent Trump supporters. And Melania Trump, wife of the GOP nominee Donald Trump, seems to have quoted Michelle Obama, without attribution, which perturbed the mainstream media, and the left. 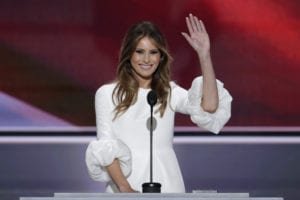 Melania Trump in her speech on opening night of the convention unknowingly quoted from Michelle Obama from a speech in 2008. “From a young age, my parents impressed on me the values that you work hard for what you want in life, that your word is your bond and you do what you say and keep your promise, that you treat people with respect. They taught and showed me values and morals in their daily life,” Melania Trump said in her speech in Cleveland.

Two paragraphs were very similar, yet phrased slightly differently. Similar enough to certainly raise the prospect of plagiarism. It was surprising to learn that the mainstream media and Democrats still have scruples, as they responded with contempt. Judging from their outrage over Melania’s faux pas, it is apparently more detestable than putting national security at risk with unsecured emails! Also, based on their reaction, you’d think that liberals have never plagiarized before. Clearly a case (or a trait) of selective outrage based in moral relativism. It’s a big thing if a Republican does it, but not if a Democrat does. 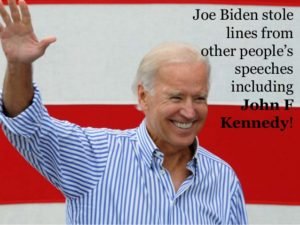 Ironically, Michelle Obama herself plagiarized by lifting entire phrases from Saul Alinsky’s “Rules for Radicals,” and attributed them to her husband. Hillary pilfered other’s lines in both her 2008 and her 2016 presidential runs. And of course, Joe Biden stole other’s words, sentences, paragraphs, as well as the biography of a writer when he was in college, and even later when he was in law school. But we don’t hear much outrage over those instances.

In a Twitter message the next day, Donald Trump said, with just a touch of hyperbole, “The media is spending more time doing a forensic analysis of Melania’s speech than the FBI spent on Hillary’s emails.”

A campaign speechwriter claimed responsibility for the error, and offered her resignation. It was rejected by the campaign. 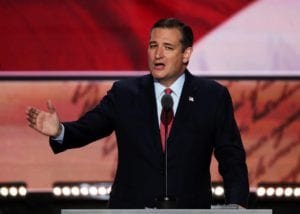 In his speech Wednesday night, the GOP runner-up, Senator Ted Cruz, delivered a rousing speech on individual freedom. Some sources referred to it as “The speech of his life.” Yet many Trump supporters were outraged that the Senator refused to endorse Trump. Instead he said, “I congratulate Donald Trump on winning the nomination last night. And like each of you, I want to see the principles that our party believes prevail in November.” Later he said, “Don’t stay home in November. Stand and speak and vote your conscience.”

It’s immensely ironic that those who are ardent supporters of Trump, he who knows no bounds in what he will say, politically correct or not, would seek to impose their own political correctness on the runner up. What Cruz said was justifiable and principled. Why on earth castigate him for what he didn’t say? The campaign is far from over, and Cruz vowed months ago that he would support the GOP nominee. Perhaps his statement of congratulations and desire to see party principles prevail in November is all the support he could proffer to one who had so maligned the character of his wife and dad. 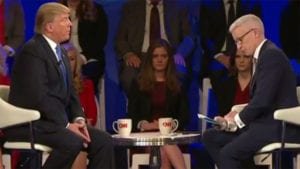 Trump’s devotees perhaps conveniently forget what the nominee said in a March Townhall on CNN. When asked by CNN’s Anderson Cooper if he continued to pledge to support whomever the Republican nominee is, Trump blatantly said, “No, I don’t anymore.” Yet just last fall he signed a pledge to do just that. Trump took it one step further. He said of Cruz, he “doesn’t need to support me, I have tremendous support right now from the people. I don’t really want him to do something he’s not comfortable with.”

Interestingly, what Cruz did was very similar to what Reagan did in 1976. Reagan came up short of endorsing Ford, and said, “Rally behind our principles of freedom and work to show the world that we may be small in number but our ideas are the right ideas.”

Perhaps not surprisingly, many of these same critics of Cruz are the most vociferous in their denunciation of those who simply vote for the candidate with an “R” behind their name. Yet now they seem to demand it. Apparently with many, loyalty is only to be expected or demanded when their candidate is selected, while voting one’s conscience is anathema. 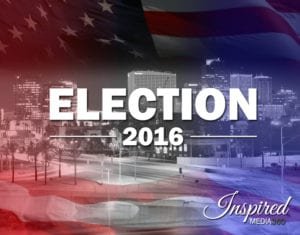 As Redstate.com printed the next morning, Trump supporter’s response to Cruz’s non-endorsement proved that they are “more interested in settling perceived grievances with the Republican party than they are in actually winning the White House.” Their entire focus was on what Cruz didn’t say, rather than what he did, and judging from their response in social media, they allowed Ted’s unsaid words to completely eclipse what should have been the highlight for the evening, the superb speech by Vice Presidential nominee Mike Pence. This does not bode well, either for the party for the foreseeable future, or for the November election.

It’s always disconcerting to learn that certain elements of the right share some of the less desirable traits of those on the left. But there’s obviously a reason election time is often referred to as “silly season.” Emotions prevail, reason is suspended, judgment often clouded by biases, issues are eclipsed by personalities, and sound principles are trumped by identity politics.