There is no doubt that Obama has been the most divisive president of our time. He came into office and immediately divided the country by race, by class, by gender, by social standing, by political party and every other way he thought of. A president that once proclaimed that we were not red states or blue states but the United States, turned out to be nothing but a big dud and that was just the beginning of 8 years of bullshit.

At a commencement speech at Rutgers University Obama once again jumped into his divisive rhetoric. Instead of giving a positive forward looking speech, he took that time to put down Donald Trump and his policies, not realizing how many Republicans were in the audience, after all not everyone believes what he believes. (Thank God) Instead of giving a speech that included all, he decided to drive a wedge through the middle of the graduating class. These graduates and their parents had their joyous day hijacked by a political hack. Is it any wonder he is called The Divider-In-Chief.

While Obama put down Donald Trump and the Republican Party, another speaker at a different college had a different tone. In a speech to graduates of Hillsdale College, U.S. Supreme Court Justice Clarence Thomas reminded students of their duty to give back as citizens and patriots. “Do not hide your faith and your beliefs under a bushel basket, especially in this world that seems to have gone mad with political correctness,” he said.

The two speeches were like night and day, one spoke of division (Obama) while the other spoke to all (Thomas). Thomas went on to say, “Having been where you all are, I think it is hard enough to solve your own problems, not to mention those problems that often seem to defy solution.” “I am of a different time,” Thomas told the graduates. “Today there is much more focus on our rights as citizens and what we are owed; it is not often that one hears of our obligations or duties as citizens.”  He then gave students some lessons about giving back to society. “If we are not making deposits to replenish our liberties, then who is? Are we content to let others do the work?”

Obama told graduates that when they hear people wax nostalgic about the “good old days” in America, they should “take it with a grain of salt.”

Well I can say this; many people feel that the good old days were before Obama was elected president, because he sure did make a mess that will take years to clean up. I like what Trump says “America for Americans,” because Obama put America and Americas last. Let’s face it, a president that believes climate change is a bigger threat than ISIS, is a president we can do without. 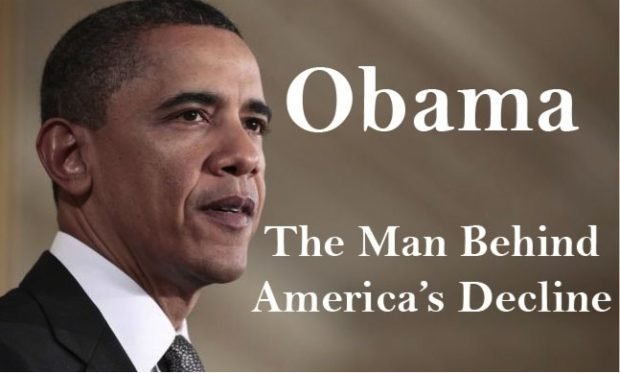