We’ve all heard it; keep your doctor, keep your health care plan, keep your hospital, costs will go down, while the Republicans said that’s all bullshit. Who was right? Well looks like the Republicans knew what they were talking about, doesn’t it? The Obama administration will tell any lie and break any law to prevent the president’s signature health-care program from collapsing.

Insurance companies such as United Healthcare and Aetna are losing billions of dollars trying to sell Obama-Care plans, and it seems they’ll drop out at the end of 2016. No insurance companies means no Obama-Care. President Obama doesn’t care about cost, after all it’s not his money, it’s ours. On Feb. 12, the administration announced that he will be shelling out a whopping $7.7 billion dollars this year alone. But it seems it’s not only expensive, but bailing out the insurance companies is also illegal.

In the words of University of Houston law professor Seth Chandler, who tried to call attention to the crime several months ago, this is “an illegal diversion of funds to enrich insurers.” Last year alone, Blue Cross Blue Shield of Texas got $549 million of these reinsurance funds, while Anthem Blue Cross of California got $401 million. It seems that Obama is not only a liar, but he is a thief as well.

Once Obama-Care was passed, the administration resorted to a long string of lawless executive actions to keep an unworkable scheme going, despite the damage being done to employers, doctors and consumers. Obama has illegally delayed the employer mandate time and time again. He’s handing out free Obama-Care plans to illegal immigrants.  Deadlines are constantly ignored, and funds are slyly shifted from one program to another, so much for the law. All this from a man that promised to have the most transparent administration in history. More bullshit.

What about the dozen failed Obama-Care cooperatives that have not repaid any of the $1.2 billion in federal loans they received and still owe more than $1 billion in additional liabilities? Once the co-ops got going in 2014, things went south in a hurry, both in terms of financial losses and enrollment figures that wildly deviated from the co-ops’ own projections,” said Sen. Rob Portman, R-Ohio, chairman of the Senate Permanent Subcommittee on Investigations, “Despite getting regular reports that the co-ops were hemorrhaging cash, HHS [the Department of Health and Human Services] took essentially no corrective action for over a year.”

Sen. Portman also said, “In some states, these losses will be absorbed by other insurance companies, which means, by the policyholders of other insurance companies who have to pay increased … premiums,” he continued. “In other states, doctors, hospitals and individual patients stand to suffer large out-of-pocket losses due to the co-op failures—as our report details.”

Obama-Care was built on lies and it is about to collapse under its own weight. So many people were happy when they finally received their insurance card, little did they know an insurance card means nothing if you can’t find a doctor who will take it. If Obama-Care was so great, why do they have to force people to buy it? 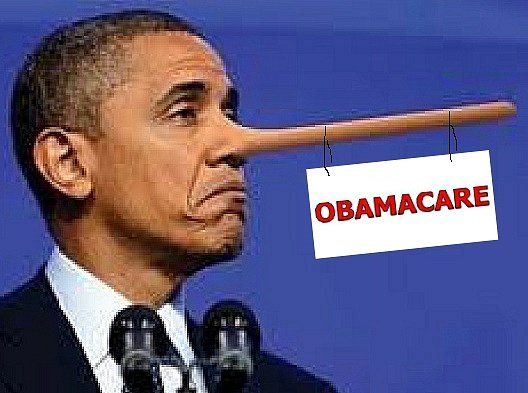