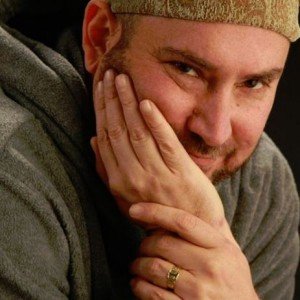 Just when you thought you’d heard every possible solution to President Obama’s giant mess in the middle-east, someone does something more incredible.

I’m a religious guy, but thinking that millions of radical, militant, Islamist fighters will succumb to a dude with a guitar is pushing my faith to the limit.

James Twyman, of Portland, Ore., told FoxNews.com he feels a “calling” and believes he can soften the hearts of the Islamist army known for beheading Westerners, throwing gays off of buildings and summarily executing innocent women and children.

Calling or not, unless James is planning on pledging his heart to Allah and Shariah law, he may struggle to make inroads as the U.S. State Department warns:

“No part of Syria should be considered safe from violence. The potential for hostile acts exists throughout the country, including kidnappings and the use of chemical warfare against civilian populations.

Mr. Twyman is planning on travelling right into the heart of the struggle.

Twyman leaves Jan. 20, and plans to stop in Italy before heading to Israel. From there, he will then cross over the northern border shared with Syria to a small Druze village.

While [in] that village, Majdal Shams, is occupied by Israel, Twyman said he has contacts there trying to set up a venue in ISIS-controlled territory. Either way, the show is set for Jan. 31.

Twymann is planning to bring a cross-religious group of Muslims, Jewish and Christian leaders to the area.

Syria is a dangerous place. State Department website  warns that “No part of Syria should be considered safe from violence,” and that “The potential for hostile acts exists throughout the country.”

Support Conservative Daily News with a small donation via Paypal or credit card that will go towards supporting the news and commentary you've come to appreciate.
Tags
James Twymann