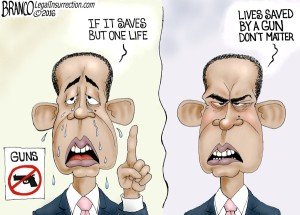 Absolutely no one with an IQ above that of a tennis shoe thought that tonight’s Town Hall on Gun ownership – hosted by CNN and attended by those invited by event managers (aka the White House) – would be anything but the propaganda machine that it turned out to be.

The prime-time television event was supposedly to promote the Obama-proposed list of executive actions on gun control that he released on Monday. Most of the list was simply a decision to finally enforce existing law but, the event wasn’t about that list of actions at all.

President Obama spent his time ridiculing constitutionally-informed Americans, gun owners and those suspect of the government even as he has earned such mistrust after a multitude of unconstitutional actions on things like fast-and-furious, immigration, healthcare, trade and more.

The President went into tirades against the NRA as a massive lobby, but dishonestly failed to talk about Michael Bloomberg’s billionaire funded effort on the other side of the conversation.

Other than some pointed questions from a sherriff and gun shop owner that the President decided not to answer, the whole event was an anti-gun sham. This CNN event was as bad as the CNN political debate. There is little wonder as to why CNN is dying in the cable news ratings.

The president went off on a kind of Alice in Wonderland schpiel about how gun owners are in some other reality:

“Part of the reason I think this becomes a difficult issue is because people occupy different realities,” Obama told CNN host Anderson Cooper in a passionate but civil televised town hall forum on guns. “There are a whole bunch of law-abiding citizens who have grown up hunting with their dad or going to the shooting range, and are responsible gun-owners, and then there’s the reality that there are neighborhoods around the country where it is easier for a 12- or a 13-year-old to purchase a gun and cheaper than it is for them to get a book.”

Aw heck, why read it when you can watch your dear leader speak about your inability to think for yourselves:

Obama’s most animated and visibly upset point was when the President of ALL Americans shamed gun rights advocates by saying that their concern about future gun confiscation was tantamount to ‘conspiracy theory’. Obama indicated that he couldn’t take everyone’s guns because he “only had one year left.” It would seem that gun ownership’s ‘other reality’ is more like a conspiracy theory, crazy person thing.

One has to understand that Progressives will eat their own young, sacrifice a few seats in the Senate or the House in order to achieve the long-term goal of fundamentally transforming our nation into exactly the place many immigrants came here to escape. It isn’t about Obama’s term or what he does in these last 12 months. American citizens worry about the long-term plans of the progressive movement. Obama was effective in attempting to explain away the fears of millions of rational Americans by making himself the only villain in the progressive movement – he’s just a cog in the machine.

Gabrielle Gifford’s husband unsurprisingly showed up with a well-prepared, overly-informed question. He asked how 330 million firearms in 60 million American households could possibly be confiscated. The crowd chuckled and clapped as if to accentuate how silly American’s concerns were. Unfortunately, those uninformed miscreants were unaware of history.

The answer to the applauding sheeple: ummm  Australia. That is exactly the model that Obama and Hillary have both pointed to as their end goal. Australia has confiscated just about every firearm from citizens, after having gotten everyone to register them (title them as Obama’s conveniently appearing priest called it), after having everyone record every firearm transfer transaction (universal background checks.)

You are not paranoid if they are actually out to get you.

Americans aren’t paranoid when they look at the history of Australia’s absolute gun confiscation and note that our politicians are putting the same policies in place that eventually will lead to the same thing. Americans don’t like being lied to and Obama is lying for the purpose of a slow road to gun confiscation.

Obama firmly believes that Hillary Clinton will be the next president. He doesn’t have to do everything, but he needs to do enough to allow her to push the progressive, anti-gun agenda to the next level. Maybe she won’t get confiscation, but if she gets universal registration, the next progressive can deal with rounding up all those guns – just like Australia. 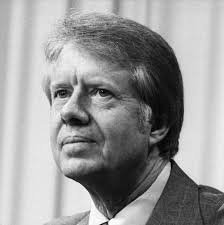 Even if he’s  wrong about Hillary, there will most-likely be another progressive administration before long. American voters are just dense enough to vote for it again.

Support Conservative Daily News with a small donation via Paypal or credit card that will go towards supporting the news and commentary you've come to appreciate.
Tags
Barack Obama CNN gun rights The Second Amendment