President Obama has nominated another far-left extremist for his administration and Dr. Rand Paul, the Senates leading physician, says that the nomination is an attack on the rights of Americans.

The President has chosen Dr. Vivek Murphy for the Nation’s top doc. Dr. Murphy is a co-founder of Doctor’s for America, a pet project of the liberal extremist group Center for American Progress.

Sen. Paul notes in a February 25th letter that “The primary policy goals of Dr. Murthy’s organization have been focused on advancing stricter gun control laws and promoting the Affordable Care Act.”

While Dr. Murphy has expressed a disinterest in using his new position to push a political agenda, Obama’s chosen leadership staff in the IRS, NLRB, HHS and more have all shown a propensity to abuse their positions and their organizations to push the far-left agenda.

Late last year, Democrats changed Senate rules so that only a simply majority was required to confirm Presidential nominees. Sen. Rand Paul’s objection has Democrats taking notice as the 2014 mid-terms get closer.

Dr. Murphy’s association with the far-left leaning Center for American Progress should raise other concerns. With political leaders banning things like sodas, wait until they decide steak, pizza or wings are too detrimental to the health of citizens. Just imagine that Surgeon’s General warning on your next bucket of chicken.

Republican or Democrat, left or right – no matter your political leanings, if you value your right to choose for yourself, this guy is bad news.

Support Conservative Daily News with a small donation via Paypal or credit card that will go towards supporting the news and commentary you've come to appreciate.
Tags
Barack Obama Vivek Murphy 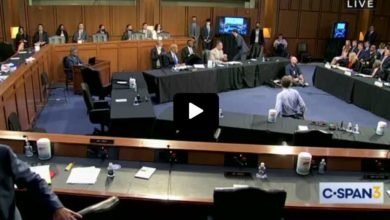