Starting on Monday, young conservative activists began a campaign to defend the right to keep and bear arms. The campaign, entitled “Take Control of Gun Control Week” is a week long series of events where activists are urged to contact their representatives and tell them that if they support gun control measures, they will receive no campaign funds.

According to the event’s Facebook page, over 3400 activists are participating in the event. The event is being organized by Rebooting America, an organization devoted to educating young American voters about the Constitution and free markets.

It is important that our Congressmen and Senators hear from us, especially as the Obama administration begins its push for new guns and as states like New York enact harsher gun bans on the state level. The enemies of the Second Amendment are well funded and have the mainstream media and pop culture on their side. Its up to us as liberty activists to push back and defend our Constitutional rights.

Follow Kevin on and on for daily Constitutional conservative commentary. 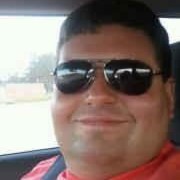 Sunlight is the Best Disinfectant