Watch out for those spooky gun owners!  At least that’s what The Journal News wants you to think when they published the names and addresses of everyone with a handgun permit in Westchester and Rockland counties.

Journal News released the Google Map, which doxed these people, through an affiliate site called lohud.com on December 22.

The map indicates the addresses of all pistol permit holders in Westchester and Rockland counties. Each dot represents an individual permit holder licensed to own a handgun — a pistol or revolver. The data does not include owners of long guns — rifles or shotguns — which can be purchased without a permit. Being included in this map does not mean the individual at a specific location owns a weapon, just that they are licensed to do so.

So, what’s the point?​  You don’t include people with rifles, and you admit that the list isn’t accurate.  It’s just people who have a permit because they’re all crazy and need to be followed.  Liberal logic can be amusing at times.  IF the people really wanted to know who had weapons in their neighborhoods, you would think lohud would put the time and effort in to have a more comprehensive list.  If that wasn’t possible, then why waste your time?  So, was this little stunt necessary?​

Ben Shapiro at Breitbart called this ‘intimidation,’ and wrote on December 24 that:

The newspaper didn’t even feel it necessary to publish a rationale for that violation of privacy – publishing the names and addresses of gun owners makes them more vulnerable to robbery when they aren’t at home, since criminals will know where the guns are.

They did, however, run a piece targeting gun owners as the root of all evil:

In the wake of the mass shooting at Sandy Hook Elementary School in Newtown, Conn., and amid renewed nationwide calls for stronger gun control, some Lower Hudson Valley residents would like lawmakers to expand the amount of information the public can find out about gun owners. About 44,000 people in Westchester, Rockland and Putnam — one out of every 23 adults — is licensed to own a handgun.

Yes, because all gun owners are crazy people for wanting to protect their family and  property.  When did that become a mental defect?  This whole narrative framing gun owners as sex offenders who can’t control their impulses is liberalism at its most depraved state.  Yet, their representatives on the Hill have the temerity to ask conservatives to work with them on new gun regulations.

Originally posted on The Young Cons.

Support Conservative Daily News with a small donation via Paypal or credit card that will go towards supporting the news and commentary you've come to appreciate.
Tags
guns Politics 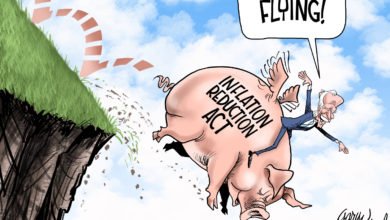