A coalition of powerful unions has invested tens of millions behind a total war campaign to recall conservative Wisconsin Governor, Scott Walker. Yesterday, these unions submitted an astounding 1 million recall signatures, making the recall this May official.

And the union money is paying off. A poll shows about 50% of voters support recalling Gov. Walker.

The good news – we’ve been waiting.

The Wisconsin Recall Action Fund was formed to save Governor Walker by taking the fight to the unions. Your support of our organization will fund:

For government labor unions, this election is do or die. Gov. Walker’s historic legislation ending collective bargaining will cause a massive exodus of union members and their money.

This is why unions all over America are pouring tens of millions into Wisconsin in advance of the recall election this June.

Conservatives across America know how much Scott Walker has done for the cause. This is your opportunity to actually do something. Invest in the Wisconsin Recall Action Fund to make a difference on the ground.

Government unions have held taxpayers hostage for 50 years. We pay higher taxes so they can enjoy outrageous benefits and work fewer hours than we do.

Join us today. Let’s starve the Democrats’ bread basket. Without the backing of powerful government unions, Republicans will have a better chance to take back the White House and the U.S. Senate.

In fact, the 2012 elections could be decided in Wisconsin if we win. Labor unions will have exhausted their war chest, and Republicans will be positioned for big victories in November!

Support Conservative Daily News with a small donation via Paypal or credit card that will go towards supporting the news and commentary you've come to appreciate.
Tags
Scott Walker The 2012 Election Wisconsin

NYT Gaslights On The Murder Crisis 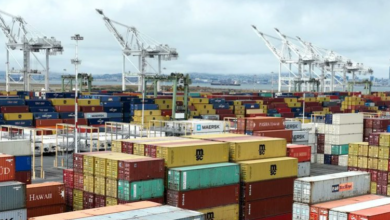 5 Transportation Industries the US Government Is Crushing With Regulations